Mr. Lim served as the Head of international business at Malayan Banking Berhad since July 1, 2006, and Executive Vice President, Head of Consumer Banking and Senior Executive Vice President. He served as the President of Maybank Philippines and also head of credit cards. He has been with the Maybank Group since 1981. He has experience in all aspects of banking having managed branch, region, credit card and overseas business portfolios.

Mr. Lim served as the Country Head for Maybank Philippines Inc. until 2006 and served as Chief Manager of Credit Card Centre and Regional Manager of Johor & Melaka. He serves as Director of EFMA SARL. He graduated with a Bachelor of Economics degree in Business Administration from the University of Malaya in 1981. 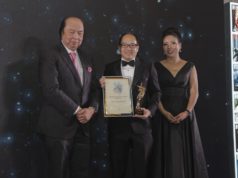